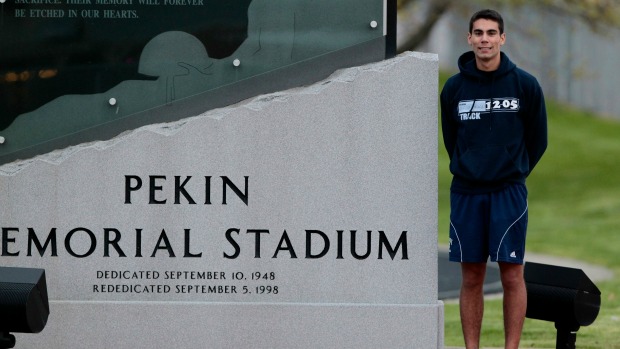 What a crazy, hectic week. Monday was the Elmwood invitational and Friday was the Pekin Dragon Invitational-two big meets in one week, WOW! At Elmwood, I ran the 4x800m, 800m, and 4x400m. The anchor leg of the 4x8 was interesting to say the least. I got the baton about two seconds behind the leading team. 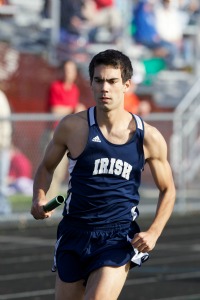 As I normally do in that situation, I caught up and drafted off the front runner. Once I did I that, he decided to get over into lane 2 and slow down significantly to the point where there was no reason to even draft. I took the bait he gave me around the 200 and as I took the lead, he started to draft off me. So I decided why not just bury him now. I had a huge surge and I never saw him or heard him behind me again. We ended up winning with an 8:28 and I anchored in a 2:02 split. The 800m was next and I was ready to break two in my spikes. I got a good start but there was a rabbit, which was nice to help pace me for that first lap. I passed him at around the 300 and took the lead for the rest of the race, splitting a 58 then 61 to run a1:59.96 breaking 2 minutes by 4 one-hundredths! Tonight, we were also hoping for a school record in the 4x4, needing a time of 3:33.8. I split a 52.4 but we ran slightly over a 3:36. We were disappointed but knew we could get it at the next meet. On Tuesday, I ran a recovery of 7 and had another meet on Wednesday. I did not run in that meet because the track was the shape of square and about 440m around. It also had some hills, poorly marked start lines and the pole vault was in lanes 1 and 2 on one of the curves. It was pretty weird. Instead, I ran a short speed workout of four 400s and one 800 having about a minute rest in between each of my 400s went 60, 60, 62, 63. I then went to the meet to cheer on my team. On Thursday, I had a light five mile run.
Friday was probably my favorite meet. I was in the same three events as Monday's meet. I split a 1:59 in the 4x8 to lead my team to an 8:17.9 a new season best by over 10 seconds and an easy win! Everyone ran great! We are now about two seconds off state time. In the 800 I was happy I had more competition. Of course there was a rabbit again. I stayed back in second till about the 500m mark. My 400 split was 58. Once I hit that 500 mark I began my kick. After I passed the leader, I knew he was gased and could not catch up. I ran a 1:58.11. The 2 guys behind me also broke two minutes. The 4x4 was next and I love it because it seems so short compared to the half mile and we really wanted that record. I got the baton about 3 seconds behind the leaders and caught up to them when I handed off. I split a 51.4. We were definitely on pace to break it. Our anchor crossed the finish line 3rd but that didn't matter because we got the record by .91s!! An official time of 3:32.89. It was crazy!. Since it was Friday, the team went out for our traditional dinner at McDonalds. On Saturday, and only nine hours after getting home from the meet,  we had our usual morning one hour run. 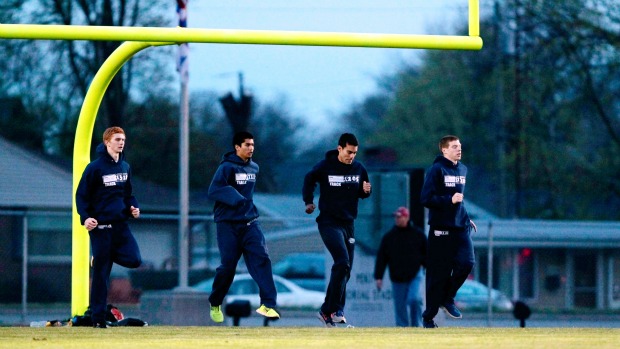 I attached a link to my dad’s gallery of the Friday race at Pekin. It’s only the 800m, wish I could watch the 4x4, but its pretty good footage. My dad loves to take pictures of the meet so if you want to look through the photos you can as well. The video is on the last page, you can't miss it. Thanks again for reading.