You can call the weekend whatever you like… “conference weekend” or “last chance weekend.”  But either way, it was an amazing weekend with performances popping off the cuff like crazy.  Before we move on to the outdoor season or the final weekend action that is to come, let’s take a look at what went over the past few days. 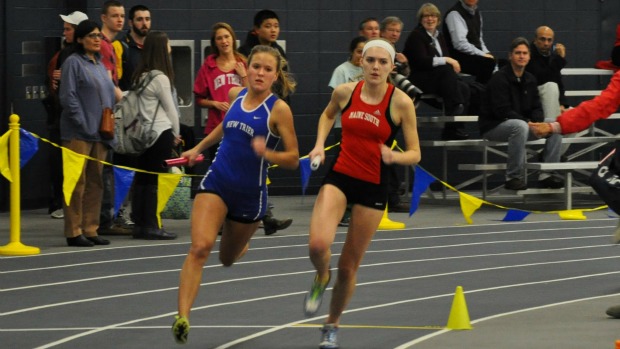 Only a few folks in the New Trier clan knew of senior Courtney Ackerman’s foot stress fracture that occurred during the final leg of the 2012 cross country season.  Well, Courtney took a big step toward supplanting her name back among the state’s distance goddesses after running a  meet record/ IL#1 in the 1600m 4:56.7- in the Central Suburban League South Championship. On very limited mileage, Courtney hit the first half in 2:24.  It will be interesting to see how much faster she will run once the endurance base catches up with the natural talent.  Courtney’s twin Jessica did her share of hurting the competition by cruising to victory in the 800m (2:17.0).  Just wait until late spring- it’s going to be more ‘double trouble’ for the competition.

-Maddie vs. Emma duels are going are just beginning to brew

The two most prolific girls distance runners since the start of the 2012-2013 school year has been Maddie Perez (Jr., Glen Ellyn Glenbard West) and Emma Fisher (Sr., Elmhurst York).  They finished 1-2 in last fall’s 3A cross country championship.  Perez rocked the massive crowd with an earthquake like all-time record of 16:02.  Fisher also broke the former 16:22 mark that many folks thought would stand more than two years.  Both girls have picked things up a notch during the indoor season.  Fisher and Perez waged their most recent race at the WSC (silver division) Championship held at York HS.  The pair went out in 5:09. This type of pace is becoming customary for girls of their caliber now.  After trading barbs during the middle 400s, Fisher finally pulled away to win in 10:26.06- good for US#2.  Perez had to settle for a “paltry” 10:28.18 and US#5.  The battles are not over… they will meet at least three more times before the state championship. And we will be watching with anticipation.

Chicago Jones College Prep seniors Jamison Dale and Luke O’Connor traveled north of the border to the University of Wisconsin-Whitewater to compete in the Nelson Daniels Classic.  Both standout runners competed in the 1600 in and turned out a tough 1-2 punch 4:17.98 and 4:22.76.  Dale’s splits: 63/64/65/65. Coach Andrew Adelmann commented on Dale’s feat: “when [Jamison] makes his move he makes it big.” That big move was a 30-second fifth lap to put the race out of race. In regard to the rest of the top tier Jones crew and training, Adelman chimes: “Yeah, there is still some work to do on the back of things though.  The pieces will start to come together more fully for everyone in the next three weeks.” 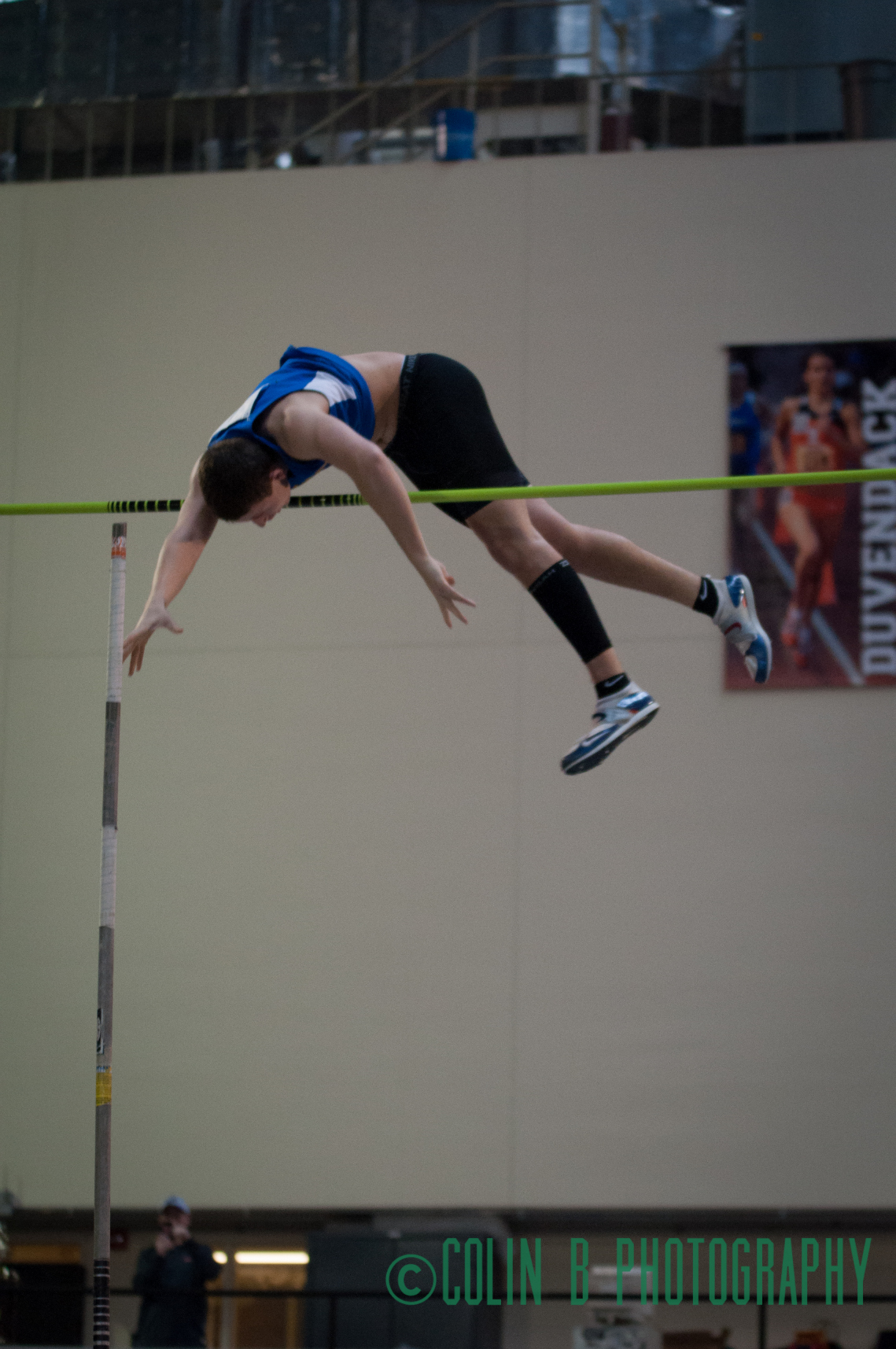 -Let’s give the field events some love

The pole vault event continues to snatch big ratings among the faithful.  It certainly happened at the Gene Armer Invite between Tyler Ginger (Stanford) and Adam Coulon (Tri-Valley). But on Friday at the Lockport Invite, junior Luke Winder’s stock continues to rise (literally). He produced the best ever clearance for an indoor state lad at 16-10.  He moved to US#7 in his latest quest.  Somehow there is a feeling that he is not done yet.
Just when you forgot about the defending 3A state long jump champion Matt Harris (Sr., Lagrange Lyons Twp.), he busts out with a state leading 23-8.5/US#8 mark.  Harris had been plagued with lower leg issues earlier in the season.  He is obviously healing up nicely.
Brandon Lombardino (Sr., Fox Lake Grant) became the first thrower to eclipse the 60-foot mark this season.  He hit on 61-1 at the Lake Michigan Invite at Carthage College held Saturday morning.  Congrats to Brandon on the great achievement.
Finally, it would outrageous not to mention the awesome feat that Kyle Landon (Sr., Chester) achieved at the EIU Invite in the high jump.  Landon leaped 7-0 for the top jump in the country for indoors.  He appears to have more in the legs with one more meet on the docket.  Watch for him to go crazy one more time at the Top Times meet.

The weekend prior to the Illinois Top Times Indoor Championship has been appropriately dubbed “Last Chance” weekend for several reasons: 1) It’s the last chance for run a fast time before the start of outdoor season; 2) perhaps the most obvious reason is last chance for teams and individuals to qualify for Top Times.

Don’t you dare think for a minute that after two outstanding weekends in row, that we are headed for a downfall.  Yes, it is true from a national perspective the indoor season is over.  But in Illinois, there is still work to do for many teams and individuals.  The lead up will be the Illinois Top Times Meet the following weekend at Illinois Wesleyan University.  In many aspects, this weekend could be termed “Last Chance Weekend.”  The high powered Gene Armer Invitational will be the top co-ed invitational on the weekend docket.